Skip to content
Baron And Toluca
February 20, 2018October 23, 2019 Fans of B+T Baron And Toluca, brendan fehr, majandra delfino
Do you agree that there can never be enough sci-fi programming on our TV?! You can be either silent or dare to use your voice. Join us on February 24th, 2018 and tweet with all Roswellians and the Dans!

Mark your calendar and show your love for the show on Saturday at 6 PM EDT or schedule your tweets via Tweetdeck if you can’t make it live. If it’s hard for you to schedule or come live for tweets then tweet any time you can on the 24th. During this power hour of 6 PM EDT, we will try to bundle a huge amount of posts to make some buzz.

It is our prodigious desire to see the original Roswell cast back on screen together and we know others feel similarly! Even The CW wants to head back Roswell-way! Now is the time to express our desire to head down 285 South too!

Why not have both?

What could be more perfect than having counter-programming to the new version of “Roswell” with a fun new show called “Baron And Toluca”, which is filled with nostalgia and beautifully placed ”Roswell” Easter Eggs? It’s ‘Roswell’’s spiritual successor and a wonderful tribute to the original show, and yet it’s so something complete new!

Just think about those fun Twitter parties, which could happen in the future!

Remember that those Easter Eggs can be in the form of the ‘Maria’ necklace Toluca wore, but also as familiar faces in front of the camera or even in the director’s chair can happen, too. The latest mini-Roswell reunion photo with Jason Behr, Brendan Fehr, Majandra Delfino and Nick Wechsler made fans super excited about a united project. If they would be on our screen together again it would make our Roswell hearts soar!

Majandra Delfino and Brendan Fehr know exactly what fans of the show are craving for!

Don’t sit back and wonder what you can do, but rather spread the word to your friends, your family, to fellow fans, and most importantly let Netflix, Hulu, Amazon, SYFY, […] know what you want. 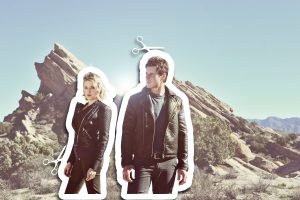 .@Hulu since you already have #Roswell, why not pick up its spiritual successor with the OG’s! #HuluForBandT #BaronAndToluca https://youtu.be/ix-t3wlUuwU
Tweet @Hulu

In case that you just got back from Antar, there is an info box about B+T below. Browsing through Crashdown’s news archive and heading to YouTube in order to watch the promo is recommended, too. Tweet daily about B+T or search for ‘Baron And Toluca’ related tweets in order to retweet your favorite posts. If you can manage it, take some time on the weekend and schedule your tweets in advance. It’s important to show your desire constantly. Just one tweet helps!

Those tweet-a-thons were so much fun. Make sure to join Roswellians and Dans!

You know that B+T is sweet as honey and spicy as tea.

If you want to add some cool photos, make sure to download the cut-outs from www.crashdown.com and share with us all the fun places you go with Baron and Toluca. We all know that the journey from series conception to network pick-up can be as exciting and perilous as any journey traveled ‘in real life’, so let’s sweeten it up and don’t forget to tag Netflix, Hulu, Amazon and SYFY while telling them that they would be able to give B+T the perfect home. Search for #BandTtravels2TV for some examples and make sure to add the hashtag, too.

“Baron And Toluca” is a new paranormal/sci-fi show with a fresh take on sci-fi, starring Brendan and Majandra as Jake and Toluca. Those that may not be familiar with Brendan’s and Majandra’s characters as Michael and Maria in Roswell or the 90’s show altogether, will still find B+T not only to be enjoyable but just what our TV screens need!

B+T is not a spin-off or reboot, but something different, exciting, mysterious, and already has thousands of fans. The promo provided clues as to what we could expect.

Ever since “Roswell” went off the air back in 2002, it has become a pop culture phenomenon and continues to live on to this day. It now seems that through the help of on-demand platforms and various, movie, shows and revival series now getting a second chance, “Roswell” has always been one of those shows that fans hoped to see where it left off back in 2002. While the show is not a revival or spin off, it is a spiritual successor of “Roswell” and should appeal to fans of the show. The Baron + Toluca ( B + T) teaser trailer features Jake Baron and Toluca Mendez, former stars of the cheesy 90’s WB show Alien Advocates. Majandra Delfino (who played Maria DeLuca in The WB show, “Roswell”) and Brendan Fehr (who played Michael Guerin) are teaming up for Baron and Toluca, a show they’re calling a “spiritual successor” of “Roswell.” Baron and Toluca find themselves caught up in a real-life paranormal mystery at what they thought was just a second rate Comic Con. Now these estranged costars, whose torrid love-life torpedoed their own show, must reunite in order to save themselves and the planet we call home – that is if they don’t kill each other first. the two are forced to work together to solve a paranormal mystery in New Mexico that’s threatening to kill both of them. Luckily they meet Miles Sorrenti, the local sheriff wanting to help them on the down low, but is Miles the reason this is happening to them in the first place? That and the fact that his dad died from the very same experiences plaguing Baron and Toluca is one of the many puzzle pieces these two reluctant partners will have to figure out. This show is for fans of the “X Files” as it features this paranormal team that are forced to work together. This teaser trailer invites audiences to come along for a ride with them to this new frontier. It really shows the love-hate relationship that the two have and how their chemistry works well together. 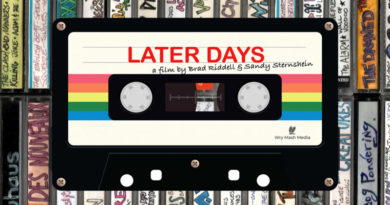