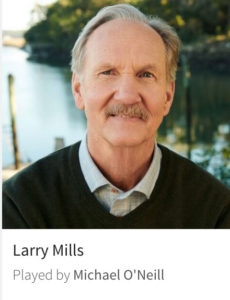 If you’ve watched the pilot episode of NBC’s “Council of Dads”, that aired on March 24, 2020 following the season four finale of “This is Us”, you might have spotted a familiar face. Michael O’Neill plays Larry Mills on the new drama show. The actor played Phillip Evans in the episode “The Morning After” before he joined “The West Wing” as Secret Service Agent Ron Butterfield. The role of Mr. Evans on “Roswell” was new cast with Garrett M. Brown.

“Council of Dads” moves to its regular time slot at 8 PM on Tuesdays on April 30. You can watch the season premiere on NBC.com.

Family takes on a different meaning in this transformative and inspirational new drama when Scott Perry, a loving father of five, has his entire life’s plan thrown into upheaval by an unexpected health scare. He calls on a few of his most trusted friends to step in as back-up dads to help guide and support his growing family – just in case he ever can’t be there to do it himself. There’s Anthony, Scott’s oldest and most loyal friend; Larry, his tough-love AA sponsee; and Oliver, his dedicated doctor and wife’s dearest friend. Together, they discover that there’s more to being a father than anyone could do alone – and more to being a family than they ever thought possible.

The show is inspired by best-selling author Bruce Feiler’s book “Council of Dads.”

Diane Farr Is A Happy Lady 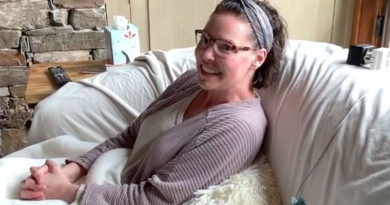