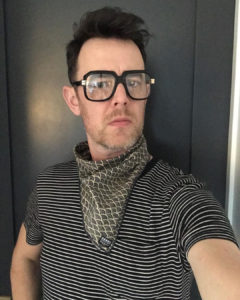 Colin Hanks just joked about how long he has been in quarantine. He shared a pic from his “Quarantine Day Number: IHAVENOIDEATHEDAYSAREBLURRINGTOGETHERANDNOWIDRESSLIKETHIS”. He wears a stripe shirt and one of his hankskerchiefs with a rad pattern and completes his look with oversized black eyewear.

During quarantine, Colin decided to reorganize his record collection. On Monday he shared a photo of the John Doe album “Keeper” from 2011 in his Instagram Story. “Finding some jems I forgot about. Roswell fans should recognize two things on this album cover.” (Read more: John Doe released a new album + Roswell mentioning)

With much time on his hands Colin reached out to ‘music maker’ Gary Clark Jr. Colin asked: “Question for you. Reorganizing my record collection. Where do you wanna be? Rock? Blues? I just thought I would give you the option. I’ve got time on my hands.” He got a quick reply: “That’s a good one. It’s good to be any where in anyone’s record collection. Appreciate you man. Curious where I end up though. 🤔👊🏾✌🏾” 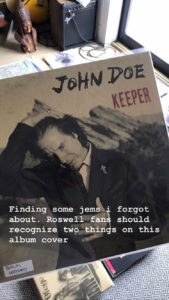 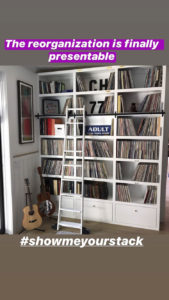 What are you doing / watching during quarantine?