While the pilot episode of The CW’s “Roswell, New Mexico” was filmed in Albuquerque and Santa Fe, the production of the first season takes place in Las Vegas and Santa Fe. Thanks to Ryan Lowery we got a first look at the new building which will now serve for outdoor recordings of the Crashdown Café. In addition, he took a picture of the new sheriff station and a street in Las Vegas got an alien-themed makeover. 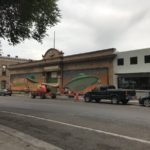 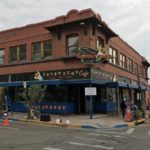 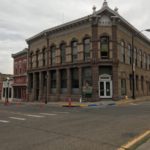 Photos: Ryan Lowery | Many thanks for the permission!

His first photo shows two giant posters. One says “Welcome to Roswell, New Mexico” with a spaceship flying nearby. The second one shows the UFO with an alien in front of it. He wrote: “#LasVegasNM is being transformed into Roswell, NM, as crews get ready to film the reboot of the hit show “Roswell.”

If you want to check out the location which was used in the pilot, please read this article. It also features a look at the Crashdown menu and the sweet props. They were given away in front of the restaurant after filming. In case you were wondering… the Crashdown uniform almost looks the same as in the Jason Katims show. Watch the promo for The CW show here: The CW Released A First Look At Roswell, NM

#LasVegasNM is being transformed into Roswell, NM, as crews get ready to film the reboot of the hit show “Roswell.” #nmtrue pic.twitter.com/jZdcLTNstt

Roswell, NM – New Version of “Here With Me” in the Finale!