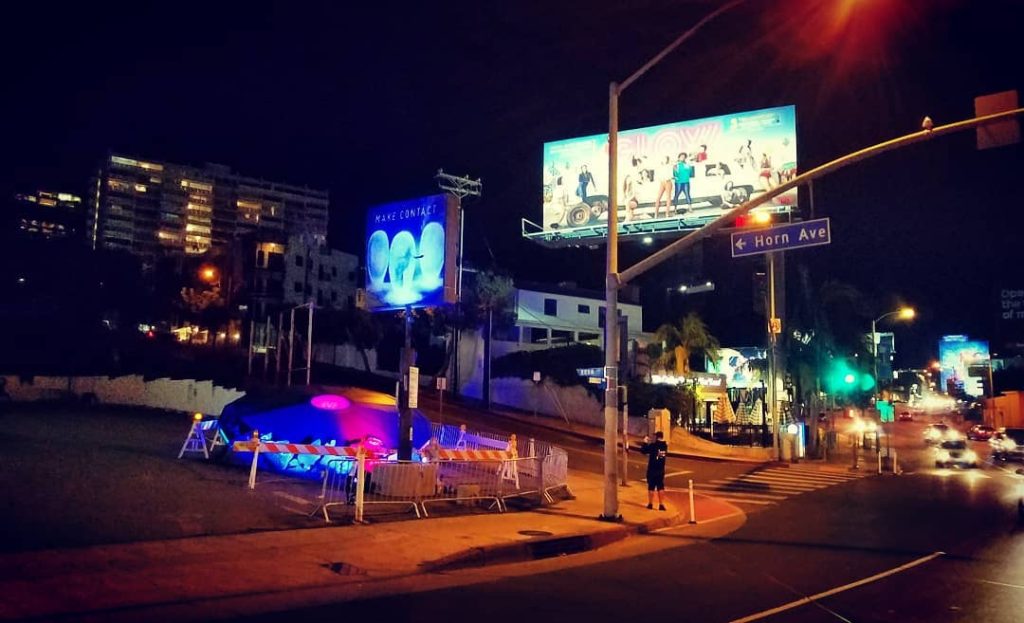 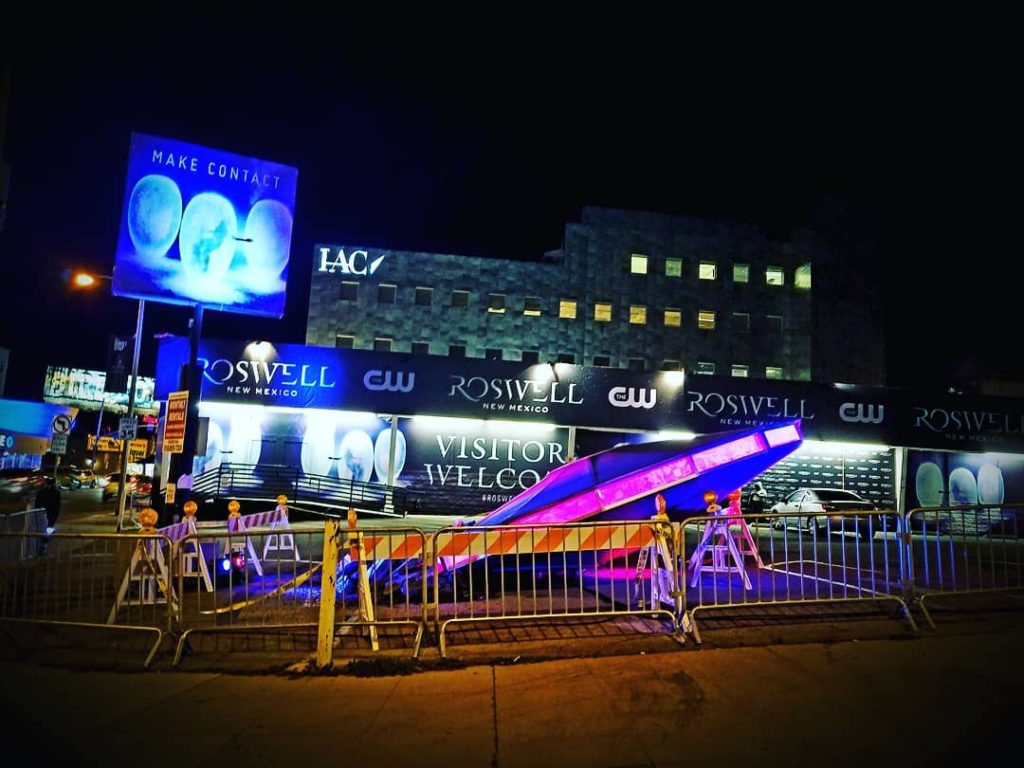 Some unique promotion is on the way for The CW’s “Roswell, New Mexico”, which premieres on January 15th.

Some people in West Hollywood were pretty astonished yesterday. “Sunset Blvd….Tuesday night Jan 1st 2019….A cold night out for a walk..! 🤔😉👍”, wrote Instagram user cluuacu. Guess what he saw? He shared two photos from a crash site in LA. He added “Just walking by ….😉👍”

A billboard shows three egg shaped pods, which where brought to planet earth with this space ship. In the glowing pods you can see silhouettes of the young human/alien hybrids. It invites pedestrians to “Make Contact”.

This slogan was used on the previously released poster with the two main characters, as well.

“Visitors welcome” has also been added to several other posters on the wall behind the UFO.

Please check out the trailer section on Crashdown and watch the promotional trailers for the show. The special effects are pretty remarkable.

Many thanks for the permission!

We also learned, that Trex media built a “Modular/mobile LED backlit cyclorama for a favorite client.”