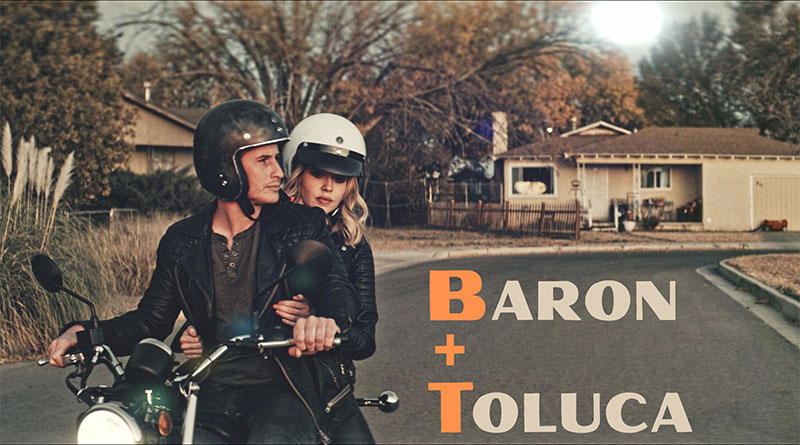 The “Baron And Toluca” pilot is going to premiere at the ATX Television Festival!

Do not miss this rare opportunity to watch the world premiere of the crowdfunded pilot episode in a comfy cinema seat, watch a discussion to get all the scoop from the two people ‘who believed’, and celebrate with fellow fans and dans.

While fans might have seen photos of Majandra and Brendan with Snooki or actor Micah Fowler on social media and knew that they seemed to be on set, it’s news to us that Arthur Martinez and Majandra’s husband are among the cast. We are hoping for additional surprises at the panel and slowly prepare ourselves for some breath-taking Easter eggs.

Tickets are available now at www.atxfestival.com!

Premiere Screening of Baron And Toluca, an independent pilot from Roswell co-stars Majandra Delfino and Brendan Fehr, which was crowdfunded via IndieGogo and produced during the pandemic. Described as a “spirtual successor” to Roswell, the series follows exes Jake Baron (Fehr) and Toluca Mendez (Delfino), who find themselves reunited in a familiar part of New Mexico – much to the delight of one and the horror of the other. Forced together by unforseen circumstances, they must remain there together, to try and unravel a paranormal mystery threatening to kill them both. That is, if they don’t kill each other first.

Following the premiere screening, Delfino and Fehr will be joined by fellow cast members for a conversation about reuniting for a new project, their experience producing an independent pilot, and their future plans for Baron and Toluca’s story.

In case you didn’t know, the ATX Television Festival – somehow – played a part in the development of B+T. Majandra revealed in an early interview with Entertainment Weekly that her experience at the “Roswell” reunion in 2014 at the ATX TV Festival gave her the fuel to keep writing the pilot.

Majandra told EW back in 2016, that her original thought had been that the inciting incident between Baron and Toluca would happen at a Comic-Con-type festival. She continued: “Then Brendan and I and the rest of the Roswell cast were invited to the ATX Television Festival in Austin [in 2014]. We were there in the setting I had imagined and I was like, ‘This would be so awesome.’ I mean, we did not really have a paranormal experience [Laughs] — but when we got there, I was stunned with how many people were there to see us and still just so in love with not just Roswell, but also with our characters, Michael and Maria, and their dynamic that it gave me the fuel to keep writing. I always, always wrote it with Brendan in mind, but never really said anything.”
Brendan added that “She was working on this for like three years…”

It’s been a long journey for both of the actors as well as the fans, who followed them in helping to make this dream come true. Between Tweet-a-Thons, letter writing, bee and tea campaigns, Roswell rewatch parties, crowdfunding, auctions and finally the pilot premiere, we got two fabulous promos you can enjoy on YouTube: Seatbelts | Teaser

Put on your seatbelts… whether you are heading to Austin by rail, car or plane, prepare now and get more merch, and enjoy a dan-tastic time in Texas. By the way, their former “Roswell” boss, Jason Katims will be in Austin for a panel, as well. He is reuniting with the cast of “Parenthood”, so keep your eyes open.

ATX Television Festival 2022
The festival is held in Austin, Texas from June 2-5, 2022
Date and time of the B+T premiere and panel to be announced soon.

Besides the official festival announcement, fans received newsletters from Majandra and Brendan in which they revealed that they are still in the process of putting the finishing touches on the pilot episode.  They also teased about sharing a “deleted” scene and put in parentheses: “(not really but kinda. just trust.) with you all beforehand”.  Majandra and Brendan finished the letter by saying: “This is such a massive moment for us. We are so proud of this project and we can’t get it in your eyeballs.”

Spread the word, buy your badge and B+T merch, and celebrate “Baron And Toluca” with fellow dans and TV fans.