Roswell is on TV.com’s list of shows that were canceled too soon. 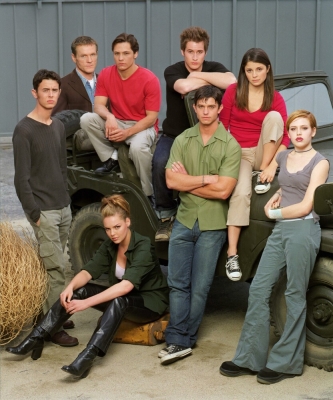 We loved these shows, but that didn’t stop their evil networks from taking them away from us forever. Firefly, Freaks and Geeks, and others, we hardly knew ye.

What’s the deal with network executives, anyway? Can they simply not handle awesome television? Why must they tease us with one or two seasons of quality programming, then cancel good shows in favor of idiotic reality replacements? Is that really the way the world works now?

5. Roswell
(WB, 3 seasons, 61 episodes, ended in 2002)
This WB classic mixed aliens and humans long before District 9 was around — and the aliens were a lot cuter, too. Katherine Heigl, Shiri Appleby, and Colin Hanks all got their big breaks on Roswell, but the honeymoon lasted only three seasons.

“Wonderfalls” with William Sadler made it on spot #6 as well as “My So-Called Life” in which Devon Gummersall starred and series writing credits go to Jason Katims and Winnie Holzman. Holzman also worked as co-executive producer on this show.

Mentions from the UK magazine “Heat”