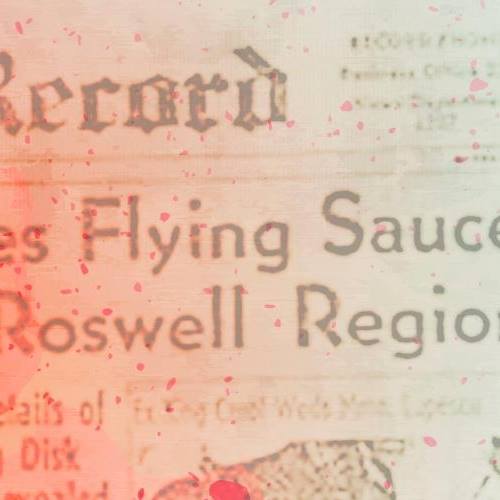 The CW’s re-imagining of Roswell, which is loosely based on the “Roswell High“ books by Melinda Metz has found its cast. The series regulars, alongside Jeanine Mason who stars as Liz Ortecho, are definitely no strangers to the audience of The CW.

Let’s start with Nathan Parsons. The actor has been cast opposite Jeanine Mason as Max. He took over the role of James (Luke Grimes) on the final season of HBO’s vampire series True Blood and he is an alum of “The Originals” and “General Hospital”. In this version, the characters are no longer high school students and Max, a natural born leader who has kept his Alien heritage a secret, works as a police officer in his hometown.

Joining Jeanine Mason and Nathan Parsons is Heather Hemmens. Liz Ortecho’s former best friend is a total hippie/social media connoisseur, according to the casting description. Heather is known for “Hellcats”, which aired on The CW in 2010. She also appeared on ABC’s “Grey’s Anatomy” and guest starred in an episode of “The Vampire Diaries” in 2014 (Man on Fire, Season 5, Episode 19). Most recently she starred on Tyler Perry’s “If Loving You Is Wrong” as Marcie Holmes and she plays Melody Prescott – a recurring character – in the upcoming tv series “Yellowstone”, which is set to premiere on the Paramount Network in June 2018.

Tyler Blackburn from “Pretty Little Liars” is heading from Rosewood to Roswell. He plays Sgt. Alex Manes (or Hanes?) in the re-imagining. In the books, Alex grew up in a large family. His older brothers and his father, The Major, are very much into the military. According to Thathashtagshow.com Alex recently returned from the Middle East and has continued to give up his dreams and follow in his follows expectations; including the future with the man he loves. Sadly, there seems to be no happy ending for Alex and Isabel in this version, as well.

Isabel is Isobel in The CW pilot project and actress Lily Cowles has been cast for this role. Isobel Evans-Bracken is described as a super type-A, “reformed” high school mean girl who was never meant for small town life, but knows it’s what’s best for her safety. Always fearful of being exposed, her secret starts to unravel her marriage, family and her sanity. Her television credits include roles in the TV shows “BrainDead” and ”Jones vs. the World”. Last year she starred in “Joe Goes to Therapy”.

Michael Vlamis made his television debut alongside Zooey Deschanel in Fox’s “New Girl“. He starred in the episode “The Marijuana Massacre” of Eli Roth’s digital series “Drug Deals” and his next film, “Spiral”, which he co-stars in, is due for a 2018 release. On “Roswell” he is going to play Michael: a cowboy, petty criminal, and an engineering genius driven solely by his want to find his way off Earth and back to the planet he once called home.

Kyle Valenti is a surgical resident and the son of the town Sherif and will be played by Michael Trevino. TV Line announced today that the former Mystic Falls werewolf/hybrid/etc. will play Kyle in the potential series.

Michael Trevino played Tyler Lockwood on “The Originals” as well. A fun-fact: He guest starred in an episode of the original “Charmed” series in 2005, Malice in Wonderland (Season 8, Episode 2). The CW ordered a pilot episode of “Charmed” as well.

Carina Adly MacKenzie will executive produce the series and she wrote the pilot. The pilot will be directed by Julie Plec.

ET: Your Favorite WB Stars: Where Are They Now?

Shiri about “Race for the Cure”, “Life Unexpected” and “Roswell”