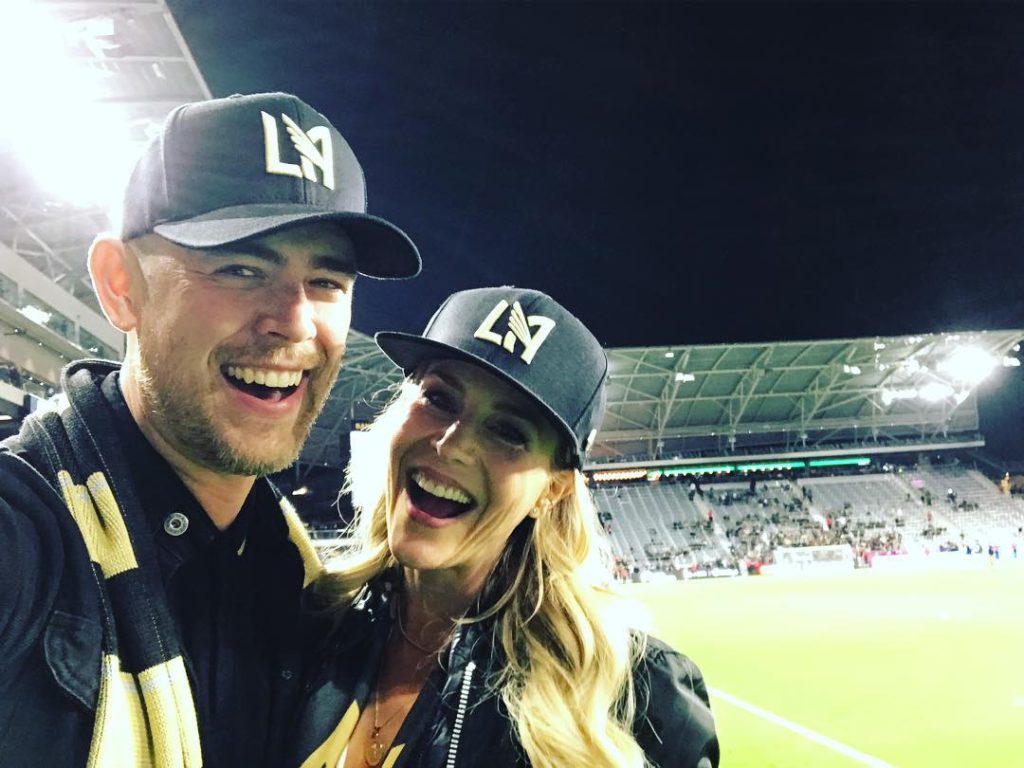 There’s still some time left for your #MAYbeRoswell tweets and posts! Any fun theories you’d like to share? Which theories did you enjoy the most?

This theory by Amanda was fun!

She wrote: “MAYbe Ms.Topolsky faked Alex’s death. Now he is working for the FBI to make sure that the aliens are safe. (Inspired by Colin’s new pic)”

Colin Hanks and Julie Benz shared a photo from the Banc of California Stadium where they supported the Black and Gold. “What do these smiling fools have in common… Roswell?…Dexter?…or how about LAFC? Yeah. I like that. Loved hanging out with @juliebenzmft supporting the Black and Gold! #LAFC #blackandgold #Roswell #Dexter”, he wrote in the caption. Julie Benz played undercover FBI Special Unit agent Topolsky on Roswell’s first season, where Colin’s character Alex Whitman found out out that she’s not a new school guidance counselor by hacking her laptop. Both starred on “Dexter”, but didn’t share any screen time since Julie wasn’t on the show when Colin played The Doomsday Killer, on the Showtime series.

With our MAYbeRoswell tweets we are asking fans to share their theries about the characters and “What If” ideas. With Roswell being a sci-fi show there are many possibilities that could have changed things on the show, as well. Prepare your #MAYbeRoswell tweets for 2019 early and use TweetDeck to schedule your theries for the next event.

We will tweet again starting on May 1st via @theGranilith and @Crashdowncom. Join us as we go back in time and revisit Roswell and make up some new theories which will surely lead to some new discussions.

What do these smiling fools have in common… Roswell?…Dexter?…or how about LAFC? Yeah. I like that. Loved hanging out with @juliebenzmft supporting the Black and Gold! #LAFC #blackandgold #Roswell #Dexter