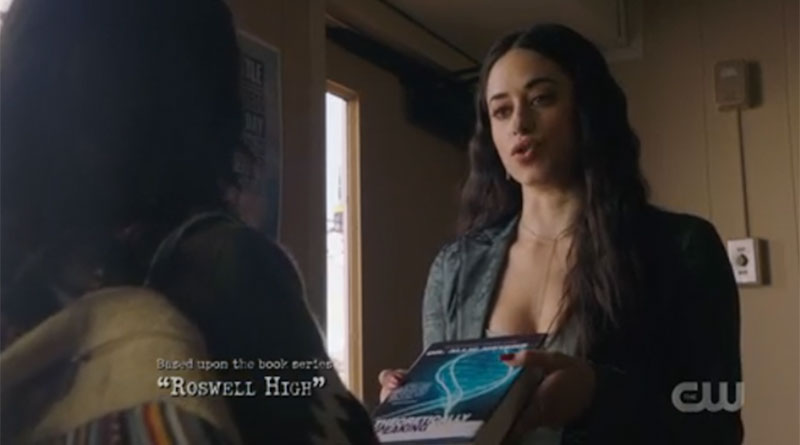 On Monday the last season of The CW’s Roswell, New Mexico premiered. In the re-imagining based on the “Roswell High” books by Melinda Metz, Shiri Appleby is going to portray Liz Ortecho’s former teacher and mentor Dr. Allie Meyers.

Shiri already made a surprise appearance in the season 3 finale of the show and she worked behind the camera as a director for two episodes. In the first episode of season 4, Steal My Sunshine, fans could spot Shiri on the backside of the book that Liz Ortecho hands out to a student.

You can read more about casting Shiri for the role in an interview with Chris Hollier at TV Insider: ‘Roswell, New Mexico’ Boss on What’s Next for the Couples & a ‘Satisfying’ Finale

“Roswell, New Mexico” airs Mondays at 8/7c on The CW. Episodes will be available to stream on The CW App and CWTV.com the day after broadcast for free and without a subscription, log-in or authentication required if you are living in the US. 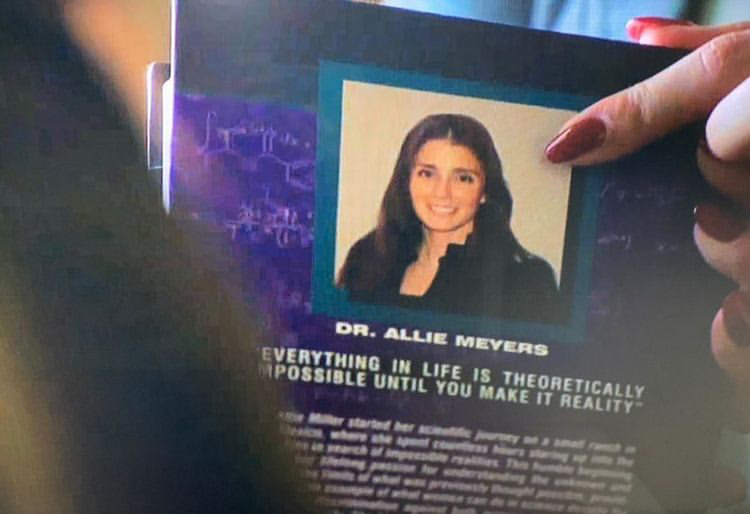 It was interesting. Shiri and I talked about it even before we put her in the end of Season 3. We had a little chat about who she might be and it bent and changed a little bit, but what we wanted to do was kind of honor what Shiri meant to the whole series, meaning her own as well. We’re here because of her and Jason [Behr, who appeared in Season 2 as Tripp Manes], and we wanted to fold that into our show, to let her live large over our show as well.

What can we expect from her character this season?

We introduced that she was a mentor, and so we wanted to explore, as you find yourself, how do you go and look for people to kick you to that next level? And so for us, we liked onscreen and offscreen what that meant with Shiri Appleby.

What can you say about Liz and Allie’s dynamic then?

I don’t know if I could because I feel I’d be taking something from the audience to give too much away.

Thank you Karyn for helping us with a screenshot of Shiri!