Thanks to cariecre for this:

Note – I don’t know exactly what or who Gretchen and Aaron look like, if the
two people doing the commentary are them or not. M = The male, F = The
female, who did the commentary.

M – Suppose to be a Tess and Liz episode. Where Tess and Liz were suppose
to switch bodies. And it was going to be kind of a Freaky Friday, and they
would learn more about each other, and, while that was happening we had
thought of a runner where Max and Michael take his money and go off to
Vegas. And so we pitched that episode to Jason, and what he really sparked
to was the whole Vegas idea. And he said ‘Well if were going to go to Vegas
why take two characters, let’s just take all of them.’
F – It also was a story about friendship. Especially about Max and Michaels
friendship and also get Liz and Tess closer together just because… Coming
off from the Hybrid Chronicles there was a lot of emotion running high and
staff felt like it was time to remind everybody and us why these people were
friends. And just do a lighter episode, and more of a bonding episode and
just have a good time.
M – Yeah there are a lot of things that we aren’t able to address every week
because we’ve always got some kind of threat coming in. So there are things
like, are Michael and Maria still together and if so, what’s there
relationship like. And are Kyle and Alex friends, and how do the women on
our show hang out together, and that kind of thing. So we felt like this
was a good opportunity to see the other side of the relationships in a
setting that has nothing to do with evil aliens coming in and trying to hurt
our kids, ‘cuz it’s more about how our kids interact as friends. Which I
think the audience really likes to see.
F – And we like to see too.

Transcript of Nick’s commentary for Wipeout

Brendan’s commentary on “Max In the City” 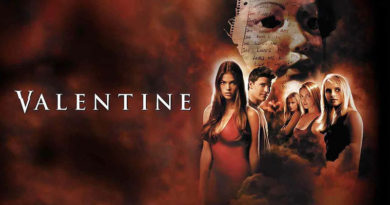 You know, of all the aliens I’ve met, you’re the only one who has no soul.