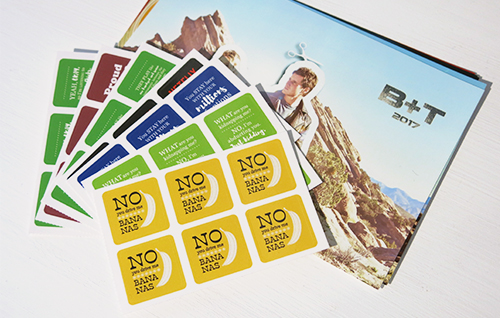 She supported the HONEY + TEA campaign with postcards from overseas in order to show support for a series pick-up of “Baron And Toluca” by Netflix.

Not just the postcards she sent from England are rocking, but also her favorite tweets and memories of the campaign are so much fun. She shared: “I love our #illhaveaguerin convo & hashtag. The witty comments from the Dans as they all piled on the hair bandwagon were just hilarious, one after another. Had me laughing my knickers off at 1am in the morning- who knew The Guerin do was that powerful!”

We had a great time during the tweet-a-thons, as well the fun tweets about hair inspired us as well. Loxley and Deborah both mentioned the “hair” tweets and when we thought about cool things to add to the Vasquez Rocks mini sculpture which is the main prize we ended up grabing into our design box.

We came up with different cute and tiny stickers reflecting the campaign so far. The stickers feature some of our favorite quotes of the B+T promo as well as “Proud Dan”, “Netflix do it for the Dans” and “I’ll take a Guerin”. (Yes, we messed it up, but we hopefully still strike the right note.)

Find out how the hair sticker looks like by checking our latest video below. 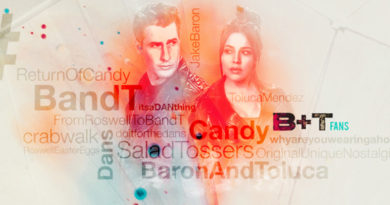