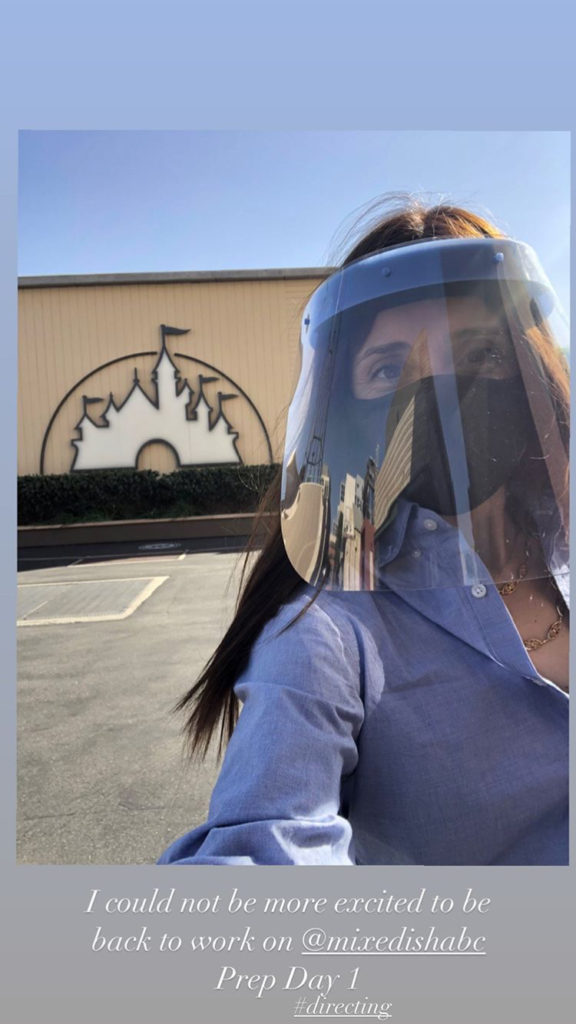 Back in January 2020 Shiri Appleby directed the episode “Doctor! Doctor!” of ABC’s single-camera sitcom “mixed•ish”., which aired on March 24.

Now, she’s back in the director’s chair for the show.

“I could not be more excited to be back to work on @mixedishabc”, wrote Shiri in her story on Instagram. She wears a face shield and a mask on her prep day 1 in the Walt Disney Studios Lot.

“mixed-ish” was renewed for a second season in May 2020. This prequel spin-off of “Black-ish” centers on Rainbow Johnson who recounts her experience growing up in a mixed-race family in the ’80s, and the dilemmas they face to acclimate in the suburbs while staying true to themselves.